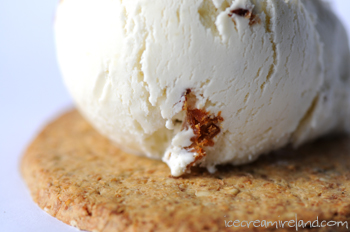 OK – gentle readers – before you throw a tantrum, and yell “What???? Blue cheese ice cream?” I will tell you a story. A couple of weeks ago, my brother and I were discussing the book launch, when he suggested we support Irish cheesemakers by serving up some of the excellent cheeses that Ireland increasingly has to offer. I have to admit I lost the head a bit, since the idea of serving something savoury at the launch of an ice cream and dessert book simply struck me as wrong. I departed in a huff. The next day, however, I began thinking some more about what Sean said, especially since he usually is right. The idea of highlighting an Irish cheese or two was certainly appealing. Sean and I talked some more and decided that a cheese ice cream would make us both happy. Blue cheese, Sean suggested, might be the most interesting. I had heard about blue cheese ice cream being made in the UK, but had never tried it, and a chef we know had once suggested a cheese and caramelised shallot ice cream. So… I started playing.

I like the result, but the rest of production is split 50-50. I think it’s not something for everyone, but if you want to try something different, it might be for you.

And if you want to taste it without making it, come along to Murphys Ice Cream Killarney tomorrow evening for the book launch, or head to Dingle on Thursday. It will certainly give people something to talk about! 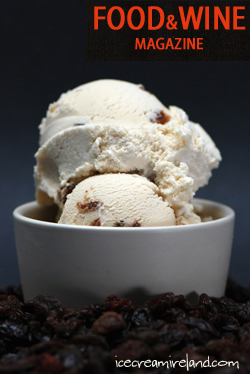 I was thrilled to see this in the current, “Hot 100” issue of Food and Wine:

Ben and Jerry have nothing on Sean and Kieran, the two Murphy brothers who have added “centre of ice cream making excellence” to Dingle’s attributes. Along with the flagship cafes they have there and in Killarney, Murphys Ice Cream has recently gone nationwide with their range of 500ml tubs, which includes the booziest rum raisin we’ve ever tasted.

There’s a little piece on us in the Irish Times Magazine. We wish we were in Paris, but we’re not…

I’ve been tagged by the Kitchen Goddess, and the idea was to put together your best ten photos. Boy, is the Goddess’ line-up beautiful, and it’s a site worth visiting for sure. However, I’m feeling very lazy, and instead of going through all my photos (the idea makes my head hurt), instead I’ve pulled up my ten favourite current ice cream news stories, which has nothing to do with anything (and don’t worry – there’s no tagging involved).

As you probably know, I’m rather fond of Google News, and the last time I looked up the news on ice cream, there was a lot of doom and gloom (Vol I here). This time, it was all fluff, nonsense, and happiness. To whit: 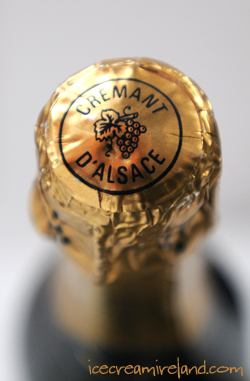 We’ve started receiving some of the goodies for the book launch next week, not least of which were some cases of Champagne. 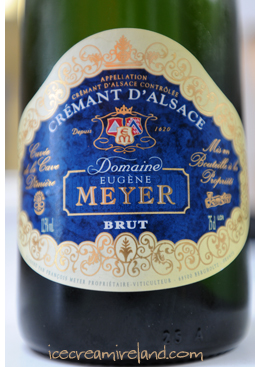 Actually, it’s sparkling wine, since it’s not from Champagne at all, but rather from Alsace. We chose this Meyer Brut because it’s not only organic but biodynamic, and it comes recommended by Julian.

This is the second biodynamic sparkling wine I will have tasted. The first (Fleury) also came from Bubble Brothers in Cork, and we used to it make pink champagne sobet.

The latest bottles will not be made into ice cream unless we fail to drink them all down, and that would seem unlikely…

In any case, come along if you can and lift a glass with us on the night (Wednesday 30th in Killarney, and Thursday 1st May in Dingle)! 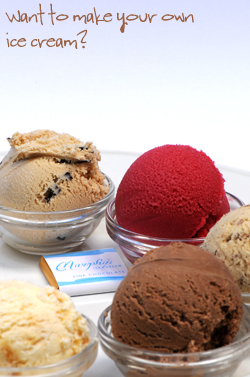 This was just passed on to me:

If you want to start making your own ice cream, Aldi has an inexpensive domestic ice cream maker on special for 29.99. I don’t know the brand so I can’t vouche for the quality, but no doubt it will do the trick…

There’s an article on us and the book in the Weekend section of today’s Irish Examiner. It’s written by the excellent Clodagh Mckenna and includes a couple recipes from the book. I’ll post a link if they put it on-line… 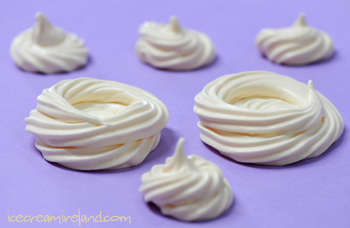 Since I seem to be on a baking kick, I’ll post this meringue recipe. I’ve written up recipes before – most recently here, because meringues are something we want to get right. That’s because our ice cream uses only egg yolks, and we hate discarding egg whites. Meringues are also gluten-free, so they have their uses in desserts for people with restricted diets. Hopefully we’ll try to sell meringues in some form in the very near future.

Different people like meringues different ways. Some like them dry and crunchy, others like them crunchy with a somewhat chewy centre. The previous recipes have been the latter, but for making meringue baskets or using them as a base for an ice cream cake, dry is definitely better. Christophe and I have spent a few days in production testing variations in recipes and methods, and here’s our favourite.

(They need a long time in the oven, but good things come to those who wait!) 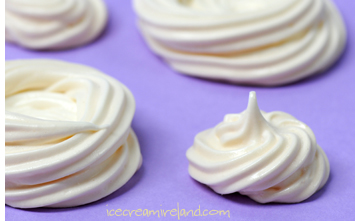