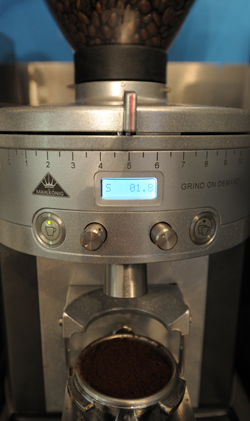 To try to make our coffees more consistently delicious, we’ve taken the plunge and bought a pair of “grind on-demand” coffee grinders for our shops. What a difference already! Not only do they drop a perfect dose of gound espresso beans into the group head each time (over-packing is a huge cause of burning and bitterness in coffees), but they are much more silent and seem to grind up an incredibly tasty shot.

It should also cut down greatly on waste. Highly recommended (so far) for anyone in the business… 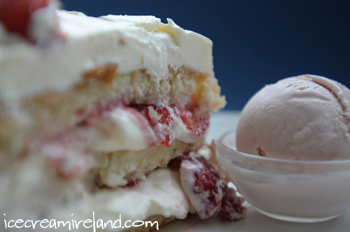 My brother wanted me to take a couple bird’s-eye photos of cake slices to help standardise the decoration and presentation in our shops. When he brought up this slice of strawberry cake with strawberry ice cream, I couldn’t helpÂ zooming right in for a close-up since it looked so yummy. Needless to say, this slice didn’t make it back downstairs intact… 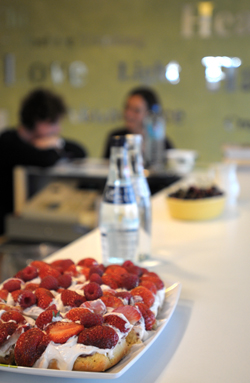 An Grianan, the health food shop in Dingle, has renovated and added a few tables for lunch. It’s a welcome change from the usual fare, with a small but tasty selection of organic food and freshly squeezed juices. 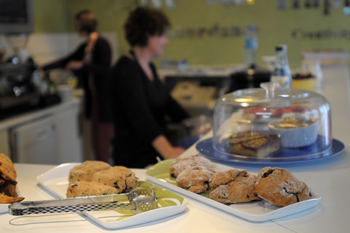 Today, to escape the pelting rain, we went in for a vegetable curry and an omelette with asparagus salad. Everything was delicious.

An Grianan, if you don’t know it, is just off Green Street in the centre of town.

It’s worth a visit!

Congratulations to Stephen Morrisey over at Flying Thud who won the World Barista Championship. It’s a mighty achievement, and you can read about it here… 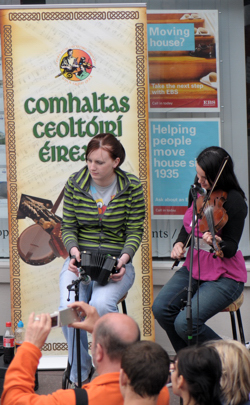 If you like music, there’s a lot going in on Killarney at the moment. The Fleadh Cheoil Chiarrai has competitions and music and dance on the streets (I took this photo outside our shop this evening).

This weekend also is the launch of Summerfest, with loads on. Not a bad excuse to head to Kerry! 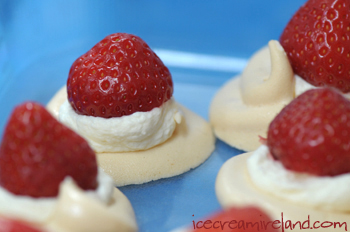 Irish strawberries are in season, and here’s a real crowd-pleaser for a garden party. I tried it out on some very willing friends this last weekend! 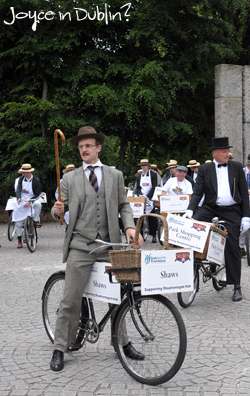 Happy Bloomsday! Here’s a photo I took when I was in Dublin that seems appropriate… I can’t remember any mention of ice cream in Ulysses, but maybe there’s someone who can suggest a Joycean ice cream?

Here’s something that makes me crazy and happens far too often, especially in Ireland:

You go to a nice restaurant, have a nice meal, and then order a dessert expecting it to be of the same quality as the meal. Instead, you get served the worst kind of mass-produced crap, likely to be described on the menu in gourmet terms and well-decorated – but decorations hardly cover up inferior taste.

I understand that many restaurants look at the desserts for profit, but I can’t understand that so many places wouldn’t give the same care to desserts as to the starters and main courses. Even if you’re not like me, and dessert is the most important course, don’t restauranteurs understand that it will be the last taste of the restaurant before you leave (and talk to others about your experience)? Don’t they understand that the next time (if you go back at all) you’ll skip dessert and tell everyone else at the table to do the same, lowering the bill?

If I have another great meal followed by a horrid dessert and awful coffee, I might well scream…