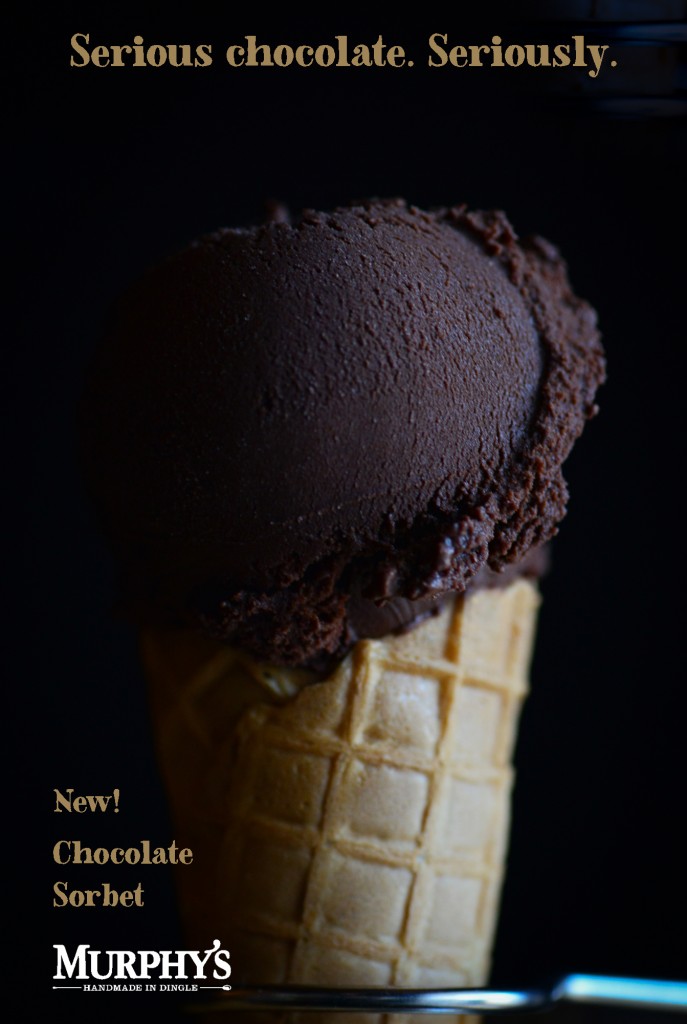 Made with distilled Irish rain and a ridiculous amount of Valrhona chocolate. Enjoy! I had a long hard day today – good in many ways, but the last months have been stressful (and light on blog posts) due to something we’ve been working on that hopefully I’ll be able to talk freely about in a short period of time. Fingers crossed.

In any case, when I’ve had a long day, I think of chocolate. After eating a bit, I decided to take it a bit further and see what’s new in that particular world. Here’s a little roundup:

1. Good news first – the Telegraph has a story that chocolate could reduce the risk of stroke. A chemical in dark chocolate, epicatechin, protects the brain by shielding nerve cells and seems to be proving a better treatment for stroke than current treatments. It’s the latest in a long line of chocolate health pieces.

2. The Telegraph seems to be obsessed with chocolate, because about a month ago they also reported that doctors might soon be prescribing dark chocolate for people liver damage. So, if you’re going to have a drink, don’t forget a chocolate chaser!

3. Now the bad news – is it possible that chocolate lovers are more depressive? The BBC has this story saying that it could well be. I’m depressed just thinking about it!

4. There are those in India, and seemingly elsewhere, who wonder whether women think about chocolate more often than sex. The Times of India interviews some musicians on the topic.

5. This is pretty crazy – how early is it to start a child on chocolate? The LA Times has this article on a new chocolate-flavoured formula by Mead Johnson. Now, I’m as chocoholic as it gets, but for this Daddy, chocolate formula is a step too far.

6. Here’s something that could just tempt me to move North of the border and fake high blood pressure: the BBC is reporting that Queens University will be recruiting 110 volunteers with high pressure for three years of eating dark chocolate and berries. Mmmmm.

7. How much white chocolate could you eat? The World Records Academy has announced that the world record has been broken for the largest chocolate sculpture – a replica of the Dome of Milan in white chocolate. Video below. 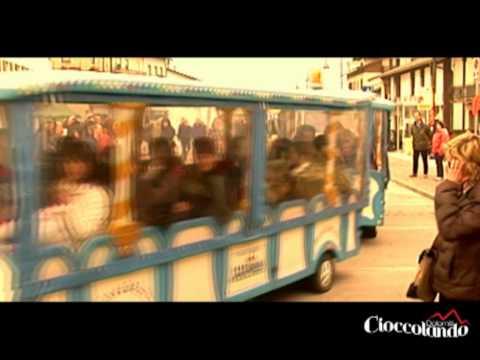 8. Are you a fashionista? If so, check out this chocolate jewlery (via Epicurious). Didn’t you always want to sport a bit of theobromide?

10. Finally, I tweeted this a while back, but if you’re an iPhone fan (or know one), here’s a smashing gift (via the Independent). 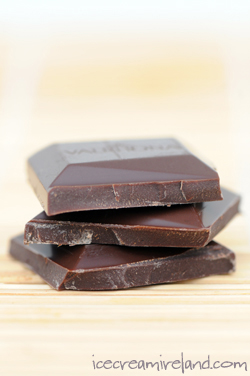 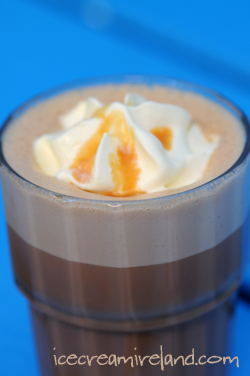 I’ve been wanting to make a caramel hot chocolate for a while, and today I made a few trials, using dark chocolate, milk chocolate, and cocoa. The best one was the one I made with milk chocolate, and perhaps it also would be the best addition to the line up of hot chocolates in our shops, since we have plenty of dark options, including our Extreme Cocoa. This is very sweet, but it’s very delicious.

I don’t exactly know what to call it, so let me know if you have any ideas! Here’s the recipe: 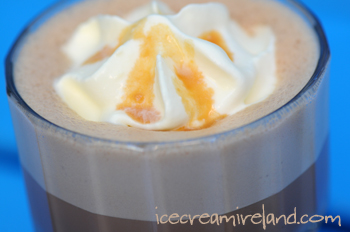 1. Make the caramel sauce.
2. Melt the chocolate in a double boiler or microwave.
3. Combine the milk and caramel sauce in a saucepan and warm.
4. Add the warmed milk to the melted chocolate in small parts, mixing all the time, to create a smooth emulsion.
5. Warm to drinking temperature (55C).
6. Garnish with whipped cream, drizzle with caramel sauce, and enjoy!

Note:
The quality will really depend on the quality of chocolate that you use. I suggest Valrhona, Callebaut, or Lindt milk chocolate.

Happy Easter, everybody! Since it’s Easter, I thought something on chocolate was appropriate (when is it not?)

Now, if it were April’s Fools, I’d think it was a prank, but I just read that a Harvard professor has invented inhalable chocolate, and it’s called Le Whif. Yes, it’s chocolate that comes in an inhaler. Good idea? I’m kind of thinking it’s an abomination, but if it’s a calorie-free chocolate experience you want, maybe it’s for you. What do you think? I feel a bit like the character Vianne from the movie Chocolat, since I’ve been writing so much about chocolate during Lent (she opens her shop in the middle of it). Apologies, to anyone who has given it up, but it’s what I’m working on at the moment!

I thought it might be a good thing to give a few points on making chocolate chips, in case you wish to make your own for your ice cream.

Here are a few options:

1. The easiest way is to chop one of your favourite chocolate bars into pieces sized to suit your tastes.

2. A second way, if you like finer pieces is to take a chocolate bar and use a vegetable peeler or grater to create chocolate shards. 3. What I’ve been doing recently (photos), is to take some tempered chocolate, spread a thin layer on baking parchment, and then cut it into chunks. It seems to work quite well as long as you cut the chocolate as soon as it has set, but before it hardens fully. After you’ve cut it, let it harden fully, then remove from the parchment.

Note: If you find the chocolate too brittle in the ice cream, you can either use a chocolate with more fat (more toward milk and less toward dark) or add a bit of grape seed oil (5% or so of volume) while you are melting it. 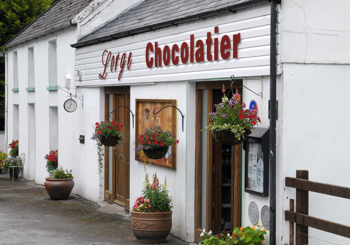 Here’s a little tidbit for chocolate lovers – Benoit Lorge, of Lorge Chocolates is offering the following courses in April and May:

Beginner’s Workshop, Saturday 25th of  April  – Accessible to everyone. Cost: 130 euros, including lunch.

Advanced Chocolate Course, Saturday and Sunday, 9th and 10th of May – for chocolatiers, chefs or pastry chefs.  Cost of the 2 days: 290 euros, including lunch.

He also has Kiddy’s Chocolate Workshops, for children ages between 6 to 12 years old.  Cost : 12 euros. Here’s a little treat I made to give out to mothers in our shops on this Mother’s Day. If you want to make them, here’s what I did: