Apologies on the silence here, but we’re in Venice for the baptism of baby Róisín (photo above), and I’ve found getting on-line a little difficult. 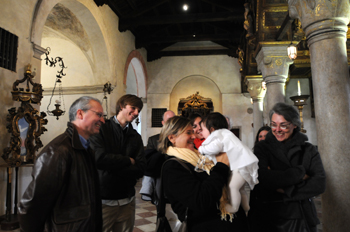 It’s been a wonderful trip, and it’s been great to meet more of Manuela’s relatives and soak in the wonderful ambience of this incredible city.

I’ve also been lucky to have two of my very best friends join me. What a week! 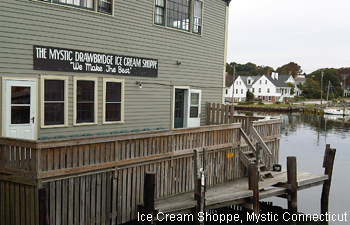 Some time ago, I asked you, dear readers, for the best ice cream shops in the US. I have never received so many comments and suggestions, and I thank you for them!

My brother Sean has headed over now, your suggestions in hand, and he is doing an ice cream dash. Above is a photo he just sent, taken on his way to Boston from New York.

I’m hoping that he will write a guest post (or three) summing up his US ice cream experience. 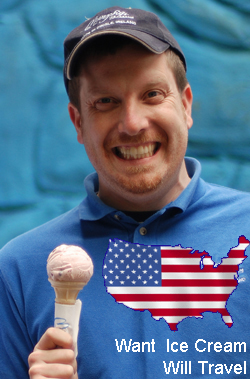 My brother Sean wants to head over the the US to visit ice cream shops, and he would love your suggestions as to which ice cream shops he should visit.

He will definitely be going to New York, so suggestions in the New York area especially welcome, but where else should he go?

What are the unmissable US ice cream shops at the moment?

Please leave comments with your suggestions! 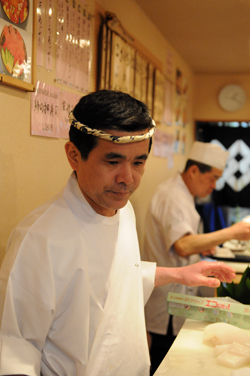 Tomorrow, we leave early to go back to Ireland, and I thought I should make my last post about sushi.

In terms of food, it’s what I will miss most. In case you were wondering, although we had many good meals, the best sushi we had was a lunch at the Tsukiji Fish Market (both photos) in one of the alleys and a heavenly dinner tonight. 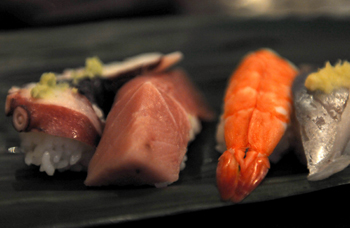 We were lucky enough to meet a Japanese food writer on this trip, and she brought us to an old-school sushi place in a quiet part of town. There was no glitz or glamour here and no crowds, just a serious sushi master and the best cuts of the best fish.

If you’re in Tokyo, check it out: Katori-Zushi, 3-7-10 Kiyosumi, Koto-ku, Tokyo. It’s just by the Kiyosumi-Shirakawa metro station. 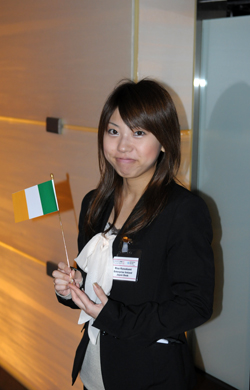 I’m not saying that any city or society is perfect, but from my short time here, I believe some things are just better in Japan. Here’s a list of what’s impressed me:

1. A sense of playfulness and joy in many people that really jars with the West’s idea of Japanese being shy and repressed. I have heard more laughter on this trip than I have ever heard in a city.

2. Astonishingly good service in shops, hotels, restaurants – always with a smile (photo top). If we could manage half their  level of service in Ireland, we’d be doing very well. 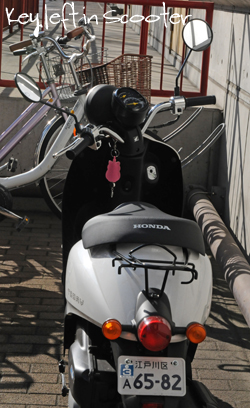 3. City so safe that bicycles are left unlocked, keys left in scooters, purses left on outside tables when people go in to order food. At no time have I felt even vaguely threatened.

4. Best food presentation I have ever seen, and wonderful ceremony surrounding food. Obviously there is fast food as well, but a proper meal is cooked with love, served with care, includes a range of tastes and sensations, and is eaten with gratitude. It’s consistently uplifting. No wonder the place is awash in Michelin stars.

5. Best looking shops I have ever seen and lots of interesting things to buy. I’m not a huge shopper, but if you are (and can afford it), come here!

6. Heated seats on the subway in winter, heated toilet seats with built in bidets in the hotels, and a clear square that magically appears on the fogged up mirror after a shower. 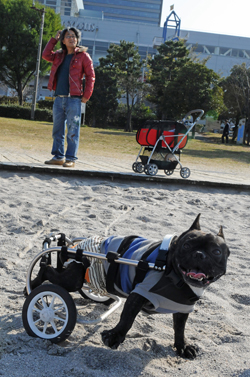 8. City so clean that in parts of town even the sidewalks look freshly polished. What’s really strange about this is all the rubbish bins were removed after the poison gas attack in the subway, and yet it is a shock if you even see a cigarette butt on the street.

9. Smoking rooms that keep the air clean (even inside the smoking room) and separate smoking areas in outdoor public spaces.

a. Pet drinking fountains.
b. Dogfood dispensing stations.
c.  Cat cafes.
d. Pet buggies, stylish pet clothing, pet everything. The man in the photo had just about every pet gadget you can buy…

I thought that rather than write anything today, I’d just put up some photos I took strolling around Tokyo… 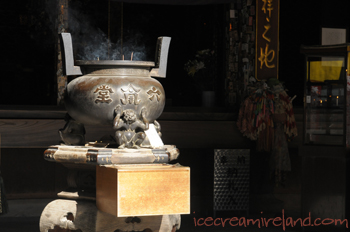 We took the Bullet Train from Tokyo down to Kyoto, for a change of scenery and a bit of more traditional culture. Kyoto, which means “capital,” was indeed the capital of Japan until 1868. 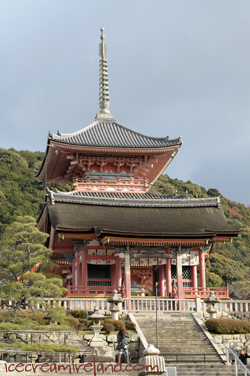 Since it survived World War II relatively unscathed from the wide-spread American bombing, it has many more old buildings and temples than Tokyo.

Our first outing was to the Kiyomizu Temple, a Buddhist temple founded in 798. It’s a large complex, with many little temples and a waterfall with holy water, which comes down in three streams and which you can drink for wisdom, health, and longevity. That’s the idea, anyway, and I was happy enough to give it a try.

I also visited the Kyoto National Museum, where they had a few beautiful paintings, exhibitions on court culture, and an exhibition on the Japanese film industry (many of the early films were made in Kyoto).

We stayed at Ryokan Kazuki, and took the waters there before dinner, enjoying a traditional Japanese bath. It’s quite relaxing, and it helps get in the mood for an evening in of eating (see below).

Dinner was a formal Kaiseki meal at the ryokan. There was no shortage of food. Here’s an idea of the courses, courtesy of Wikipedia, and it sounds about right:

Sakizuke: an appetizer similar to the French amuse-bouche. 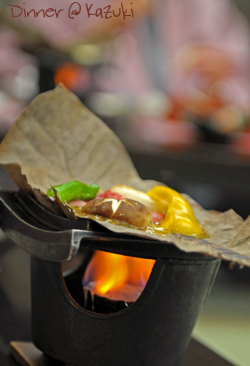 Hassun: the second course, which sets the seasonal theme. Typically one kind of sushi and several smaller side dishes.

Takiawase: vegetables served with meat, fish or tofu; the ingredients are simmered separately.

Su-zakana: a small dish used to clean the palate, such as vegetables in vinegar.

Naka-choko: another palate-cleanser; may be a light, acidic soup.

Shiizakana: a substantial dish, such as a hot pot.

Gohan: a rice dish made with seasonal ingredients. 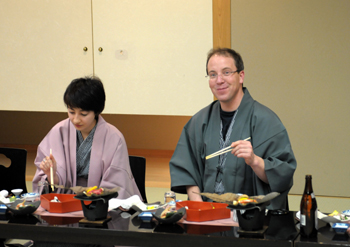 Mizumono: a seasonal dessert; may be fruit, confection, ice cream, or cake.

I can’t believe how much I’ve eaten on this trip, and how much I have liked it! 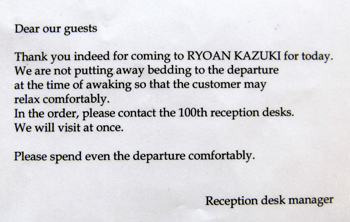