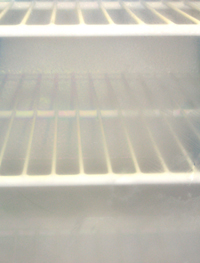 One of the biggest challenges for the small Irish food producer is to negotiate and deal with supermaket chains. Inevitably they have all the power, and since you are small, you are very much at the mercy of their whims. Whether you remain on their shelf or not is of little interest to them, no matter how much they like to tell eveyone how important the Irish producer is to them. “Irish” is a good selling point for getting customers in the shopÂ and feeling good about it, but inevitably Irish specialty lines willÂ not perform as well as the huge multinationals. I don’t know how many zeros you would have to add on to our marketing budget to bring it up to the level of Haagen Dazs/DiageoÂ (not to mention Ben&Jerrys/HB/Unilever), but it would be many indeed. It will be a long time before we shift as many tubs out of a shop as they do!

Bord BiaÂ can be helpful to some degree at least in terms of information, but anyone going down the supermarket route must be wary. In our own case, we decided to avoid the big chainsÂ because we’ve heard the stories of specialty producers who think they’ve hit the lotto when they’re listed, spent a fortune ramping up production for the huge orders, and then a year later go bust when they are unceremoniously dropped.

We decided to go intoÂ Superquinn as a supermarket trial, and have been in their shops for about a year. Yesterday, they threatened to de-list us. I don’t know if it’s a ploy to try to hammer us down on price, or if it’s that theÂ new frozen food buyer wants to get rid of all lines except the very best sellers, which is standard practiseÂ when they want to optimiseÂ sales per square metre. For us, being dropped would not be the end of the world, as we are only in a few of their shops and it’s a small percentage of our overall sales. However, it’s very frustrating in so far as many of our best customers are in areas served by Superquinn, and we know that they are delighted to be able to buy our ice cream without having to travel.

The point of all of this is not to complain about things being unfair. We drop products all the time in our own shops for a whole variety of reasons. It’s that I hope that eventually this site will be a better way to keep in touch with customers than mail and our website. That it also can be a way to mobilise customers in circumstances like these. Right now we have hundreds of customers who buy our ice cream in Superquinn every week, and they have no idea that it’s quite likely that buying the ice cream will soon become a lot harder (at least we have many other accounts in the Dublin area, but it’s too much to expect customers to regularly go out of their way). IfÂ we could generate 100Â or moreÂ emails to Superquinn from Superquinn customers, theyÂ would have to pay attention (at least I hope they would). I know that if even three customers begged us to keep a product we had dropped from our own shop we would stock just for them.

I would love any feedback or suggestions.

A great (though depressing) reference on how supermarkets work is Joanna Blythman’s book Shopped. Also, Conor O’Neill has written a great article about small producers and blogging.

13 thoughts on “Supermarkets and the Small Irish Food Producer”