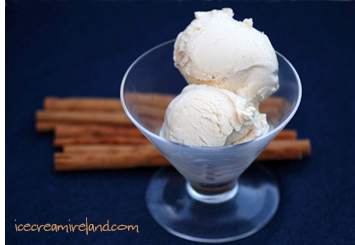 Cinnamon ice cream is a great flavour as we come into winter. It’s a warming spice that counteracts the cold. This ice cream also complements so many desserts. Try it on a warm apple pie!

1. You can substitute 1/2 teaspoon ground cinnamon for the stick. If you do so, mix it into the sugar before beating in the eggs.

2. You can re-use the cinnamon stick, but make sure you rinse it carefully and let it dry!