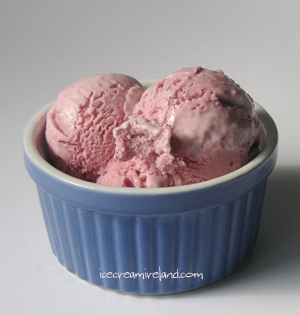 It’s wonderful heading into autumn, because it brings up a whole new interesting set of flavour possibilities.

My last post was about blackberries, and yesterday I had occasion to wander around my back garden for the first time in ages. 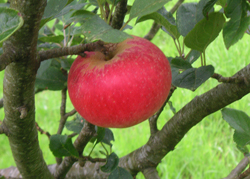 There, on the little apple trees planted by my landlady, were the most beautiful and tasty apples.

It didn’t take much to put apple and blackberry together – those two fruits are made for each other, and I immediately went making ice cream…

If you have access to both fruits, here’s a recipe that yields a very cream dessert…

Juice of half a lemon 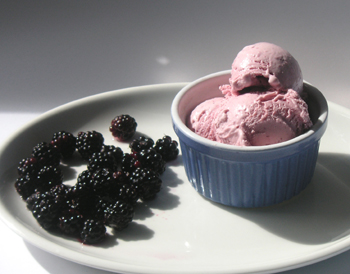 Notes: 1. You can add a bit of cinnamon or vanilla if it’s to your taste.