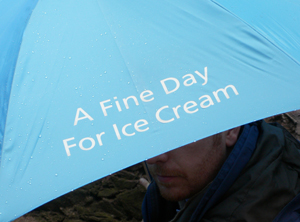 Well, things are definitely getting very hectic here at Ice Cream Ireland. On Saturday, the rain poured down and the winds battered us. Still, there were customers enough, although they were a bit wet and bedraggled.

Today, I would have expected it to be quiet, with the Munster final and the world cup final both on. However, we were absolutely clattered, with one of our busiest days ever. I guess tourism is alive and well in West Kerry. 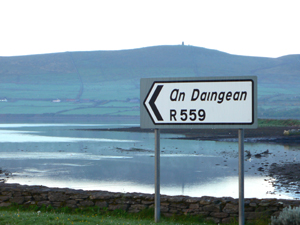 In the middle of it, a journalist from the Kingdom newspaper pushed her way in, asking what I thought about the new expanded boundaries for the Dingle/An Daingean referendum.

What could I do but push her back out and get back to scooping?

There is a time to debate the name of our town (and it’s clear that the controversy will rage on), and there’s a time for ice cream!

2 thoughts on “Rain and Dingle/An Daingean”